What do you know about Sulfur

Sulfur is a chemical element which is having an atomic number of 16 and an atomic symbol of S.

Sulfur is a chemical element which is having an atomic number of 16 and an atomic symbol of S. This will be a yellow crystalline solid at normal room temperature. It belongs to the rhombic minerals, and it is found in many places around the world. Sulfur reacts and forms various compounds with all the elements except iodine, iridium, gold, platinum, nitrogen, tellurium, and inert gases. Sulfur is insoluble in water, so it is considered one of the most versatile elements for forming compounds. 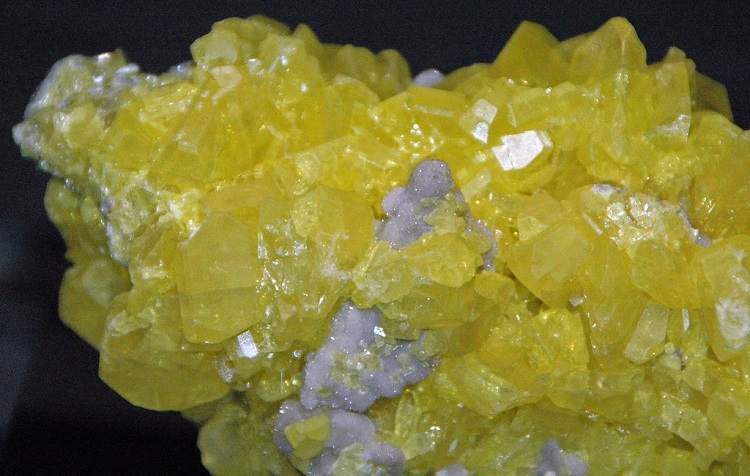 Sulfur is a bright yellow crystalline material that is formed near volcanic vents and fumaroles. Volcanic sulfur is formed in the area where there is active volcanic activity. They are formed by the condensation of gases and vapors and can also be found in sulfur-bearing rocks. Sulfur also comes from the decomposition of sulfides, especially from pyrites.

In chemical terms, sulfur acts as a part of the composition of fungicides. It acts powerfully against the growth of mold and fungi. So, it is familiar among the gardeners who want to disinfect the plants with sulfur wicks and also the winemakers in order to disinfect the barrels and containers.

As a mineral, sulfur is helpful in stimulating creativity. This mineral makes up to 3 percent of the earth’s surface. When sulfur burns it creates a toxic gas called sulfur dioxide, which is used to fumigate buildings to clear infectious diseases. The sulfur obtained from molten sulfur is called monoclinic sulfur while rhombic sulfur is obtained from crystallizing a solution.

Unlike other minerals, sulfur is not suitable for setting into a piece of jewelry or for classic jewelry processing. This is because this material is very difficult to grind and extremely very sensitive to heat. Also, it can even crack due to thermal shock which is caused only by body temperature if held in the hand. Although, small crystals can be used for faceting. The only way to use sulfur for decorative purposes is to create inlays on the furniture.

Sulfur is also recovered from natural gases, coal, crude oil, and from other sources such as flue dust and gases from the metal sulfide ores. Elemental sulfur is acquired in different forms which include sulfur flowers, roll sulfur, fine crystalline powder, etc.

In common, sulfur is used for making car batteries, oil refining, fertilizers, mineral extraction, and water processing. Other applications for sulfur-based chemicals include bleaching paper, rubber vulcanization, and making some products such as detergents, cement, pesticides, and even gunpowder.

When it comes to the human body, sulfur is one of the most abundant chemicals which is present in the human body in the form of glucosamine sulfate. Also, it is necessary for the synthesis of the essential cysteine and methionine amino acids.