proposal for layout for collective pages

Obviously the “Cambridge archive” should be “Bristol archive”. On all.indymedia.org.uk Bristol didn’t seem to have any archive. 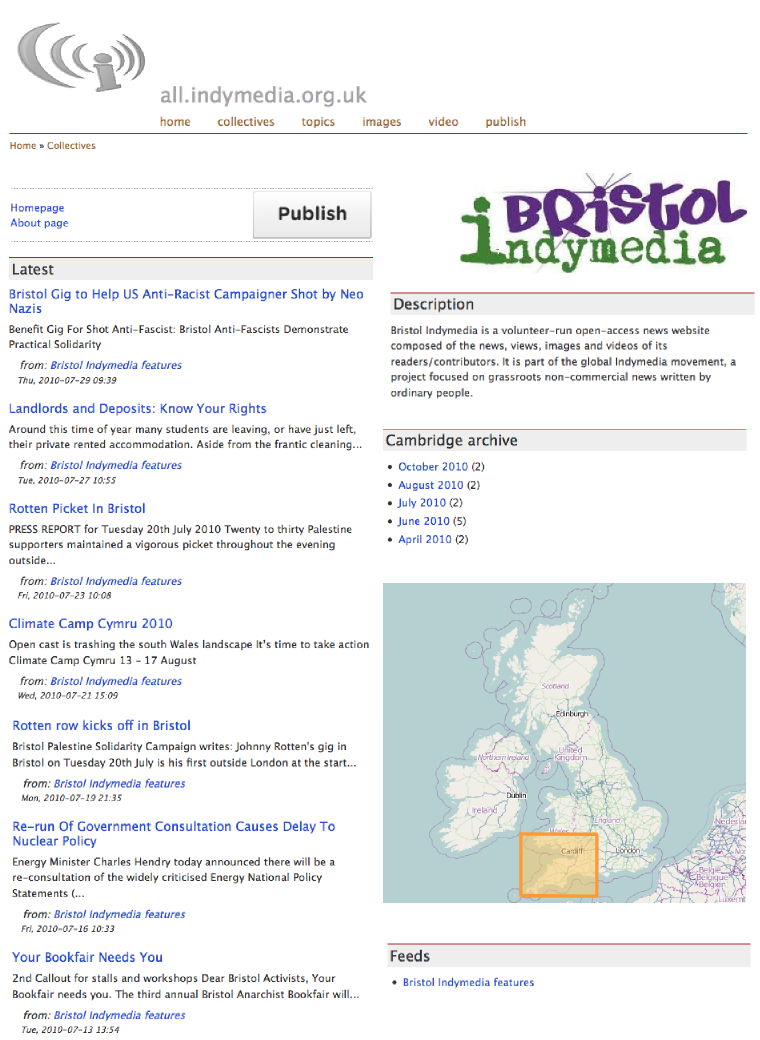