Here is a schematic diagram of how I propose we could make a radio station running entirely on free software and commonly owned hardware, if we wanted to. Comments please. 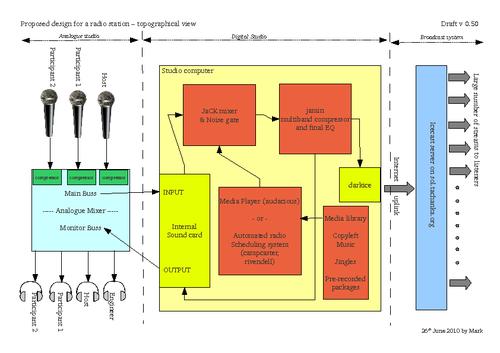