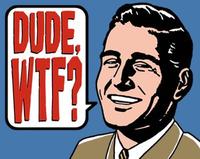 The Home Secretary, Jacqui Smith, appears to have declared war on the government’s own secret terror court, overruling decisions made by judges in the Special Immigration Appeals Court (SIAC). In what can only be described as an act of executive fiat, two men who attended a hearing at the SIAC were driven away from the court, expecting to return home, as ordered by the SIAC judges, but were, instead, delivered to Belmarsh prison, where they were joined by three other men, who had been seized in raids on their homes.

Journalist and author Andy Worthington notes that the whole operation was clearly planned by the Home Secretary in advance. “Even though she had informed neither the men’s lawyers nor the SIAC judges.” The first the lawyers heard about it was when one of the men’s wives rang, inquiring why he had not yet returned home. He adds; “the Home Secretary has acted in a manner that would have pleased King John, in those days before England’s nobles forced him to sign the Magna Carta in 1215, establishing for the first time that the king had no right to imprison his subjects except upon the lawful judgment of his peers or the law of the land.”

After the Law Lords’ ruling last week, that Abu Qatada and two Algerians — known only as U and RB — can be deported to Jordan and Algeria, the government petitioned to revoke the bail conditions of U and RB, as well as three other men — known only as Y, Z and VV — but failed to inform their lawyers until Wednesday, and then gagged them, preventing them from discussing the cases until yesterday, when they mounted a challenge at a SIAC hearing in London. An observer noted that the government’s claims that it now had the right to revoke the bail of the five men was “comprehensively trashed” by Dinah Rose QC, representing the men.

More importantly, the SIAC judges ruled that no further action in respect of the men’s cases was to be taken until next week at the earliest, and scheduled a full hearing for next Thursday morning.

" Expecting to return home, as ordered by the SIAC judges, they were, instead, delivered to Belmarsh prison "¶

However, when the two men who attended the hearing — U and VV — were driven away from the court, expecting to return home, as ordered by the SIAC judges, they were, instead, delivered to Belmarsh prison, where they were joined by the other three men, who had been seized in raids on their homes.

When the SIAC met again today, the men’s lawyers argued that the government was in contempt of court, and expected that Mr. Justice Mitting, the chief judge, wouldn’t be too happy to hear that the government behaved as though SIAC’s decisions were irrelevant. In a humiliating defeat for the government, the SIAC judges ruled that all of the men — except U — are to be released from Belmarsh and allowed to return home under previously agreed conditions. It seems the judges’ decision to order four of the five men to be sent home was chosen as an alternative to the lawyers’ recommended course of action: nailing Jacqui Smith for contempt of court and kidnap.

" The lawyers’ recommended course of action: nailing Jacqui Smith for contempt of court and kidnap "¶

SIAC will now be meeting on Wednesday 4th March to discuss the European Court of Human Rights’ objections to the British government’s use of Special Advocates in closed court sessions, and the rules preventing the Special Advocates from reporting any information whatsoever to either the accused or their lawyers.

A hearing to review U’s bail conditions is scheduled for Thursday 5th March, and another hearing, examining the government’s request to revoke all the men’s existing bail conditions and to imprison them in Belmarsh by legal means is scheduled for Wednesday 11th March. Campaigners are calling for people to come along. Hearings start at 9.30 am. SIAC is located at Field House, 15 Bream’s Buildings, London EC4A 1DZ. A map is can be found here (PDF).