How to organise an Indymedia meeting

This is a guide to give you some ideas about how to make an Indymedia meeting happen. It was written mainly for Northern England but most of the considerations are universal. 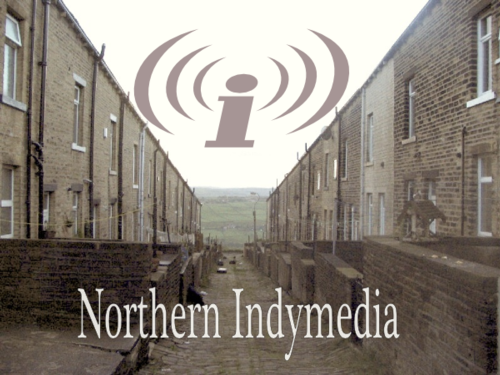 These notes were written to enable a broader group of people to organise meetings for Northern Indymedia, however most of the considerations would apply to any community media group attempting to expand participation through horizontal organising methods. Please adapt the suggestions here to your own situation and record your successes and failures here.

Since the launch of Northern Indymedia in 2009, it’s always been part of the plan to have meetings in different places each month around the North of England. We’ve been aspiring to this because the collective thought that decentralisation was an important way to keep the project as democratic and dynamic as possible. Moving from place to place gives more opportunity for new people to get involved; having different people take on the job of organising each meeting is an opportunity for people to learn new skills and ‘have their turn’.

Some people might think that setting up a meeting is a difficult thing to do, but it’s not too hard if you go about it methodically. What follows here are some recommendations for how to do it, based on methods that have worked well in the past. This certainly isn’t supposed to be a set of rules or a policy – it’s intended to help people new to this sort of thing to get started. If you can think of a better way of organising a meeting, you should probably try it, and remember to update this wiki afterwards to record what worked and what didn’t.

If you don’t understand any of it, or you’re trying to make something happen and you need help, the best thing to do is ask on the mailing list imc-northern@lists.indymedia.org

This might sound obvious, but it’s worthwhile to ask yourself why you’re planning a meeting and keeping this in your head as you do it. Some things I’ve found in my head while doing this, which you may or may not also find in yours, are: 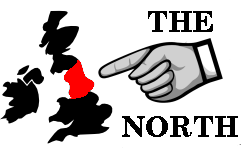 There are some great places we come back to again and again, but we’ve agreed that in general it’s best to have meetings in new places as much as possible. If you’re organising a meeting, that means that rather than starting with the thought “I’ll check if that trusty old social centre is free”, you might ask yourself questions like-

If you’re stuck for ideas, here are some examples of spaces that have worked in the past:

Although it’s good to innovate, do remember that there are some places that many of us wouldn’t want to go to because their aims aren’t compatible with ours – e.g. junk food outlets, party political offices, exclusive clubs. Of course there are always going to be compromises and you might end up using a meeting space that’s been used before.

You might consider hosting a meeting where you live, however do remember that people who’ve never met you before might feel more comfortable meeting in a public or semi-public place, and you probably don’t want to give out your address to people you’ve never met before. If you do decide to play host yourself, you might consider announcing an approximate location on the mailing list, and asking for anyone who wants to come to contact you off-list for details. If you’re not sure about giving out your home address to someone, you can either ask them if you and they have any mutual acquaintances who can vouch for them, or you can meet them in a safe public place before the meeting to check them out.

Choosing a time and date¶

Last time this got discussed (see point 2.1 here), we agreed that regular monthly meetings should be from 2pm to 5pm on the 2nd Sunday of each month. However, if you want to organise a meeting and that time doesn’t suit you, or you just want to try something different, maybe you should! Read the section on communicating below though, as you don’t want to end up by yourself.

It’s worth considering the implications of meeting at different times. The advantage of Sunday afternoons is that most working people will be able to make a journey to somewhere in the region at that time, so a meeting can have locals and people from father away present. This is important if you want to get a mix of new people and already active members of the collective to show up. On the other hand, some people have other regular commitments at that time – you can’t please everyone. Some people prefer to meet in the evenings, so they can do outdoors stuff during the daylight. If this is an issue for you, why not try organising a meeting in the evening yourself?

Another important consideration when picking a date is how much notice of the meeting are you giving people? People are much more likely to be able to attend if you give them several weeks notice, and at busy times of year (i.e. all summer and the end of December) you really want to be sorting things out a couple of months in advance. 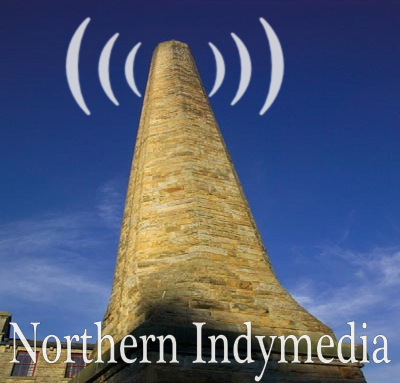 Sometimes people get so enthusiastic about indymedia that they forget that all the cool things in their own head need to somehow find their way into other people’s heads, otherwise the good stuff isn’t going to happen. With this in mind, here’s a suggested list of communication tasks that need to be done for a meeting to be as effective as possible.

The mailing list is mostly used for announcements and discussions. The crabgrass is used for drafting documents (e.g. your agenda) and to a lesser extent, discussion.

You will want to announce the meeting more widely than just these channels though. First and foremost, don’t forget the obvious; you need to create an event on northern-indymedia.org to attract the attention of the avid readers. Then have a think about the locality of the meeting, and decide where you could put posters or fliers announcing the meeting. For example, if a meeting is in a students’ union building, makes sure there are posters visible in the building and nearby on campus. If meeting in a community centre, make sure you put something on the notice board, and consider other places nearby: radical bookshops, record shops, cafes, health-food shops, arts centres, libraries, pubs, and so on.

Then consider the electronic channels you can use. Most campaign groups have a mailing list or social networking presence that you can post to; community organisations often have a regular email newsletter that you could get a paragraph into; some organisations even maintain meta-lists and indices of local groups that you could refer to (example). A word of caution: indiscriminate mass-mailings are a real turn-off to most people. If you are contacting groups by email, make sure you explain the relevance of indymedia to each particular group, and what they might get out of coming to a meeting.

You can design a flier or poster however you want, but to make it easier there are a few examples here, here and here.

Remember to state the place, time & date of the meeting, something to indicate what it’s all about/who should come, and a link to where people can find out more.

Here is a suggested sequence for communication, assuming you’re starting as a total stranger to the group, you’ve just heard about Northern Indymedia for the first time and you’d like to set up a meeting in your town. If you’re already involved to some degree, you might want to skip some parts.

There is no right way to structure a meeting, but there are certainly several wrong ways. The Northern Indymedia collective uses methods designed to make sure that everyone gets their voice heard, gets treated with respect, and gets a fair share of the decision making power if they’re doing a fair share of the work. You can read more about this here.

Most meetings benefit from having someone appointed as a facilitator. It’s very important that someone volunteers to take minutes.

Preparing an agenda collaboratively before a meeting is useful because it gives everyone a chance to prepare for particular discussions and it allows you to divide up time between different tasks. What we usually do is start each meeting by giving the people who are physically in the meeting a chance to make last-minute changes to the agenda.

You can block out a chunk of time if there’s a particular task that needs doing, e.g. hands-on training for something technical, collaborative writing. Scheduling breaks is generally appreciated.

To see some agendas that have been written for previous meetings, and to see how closely they were stuck to (from the minutes), look here.

It’s good to have ‘upcoming events’ somewhere near the end of the agenda. It’s great if someone volunteers to organise the next meeting, or the one after that, so the people who were motivated enough to turn up to this meeting get to have the first say in what’ll happen next. Ideally this would create a cycle of meetings, at least once a month with no big gaps.

A meeting can generate loads of new ideas as well as finding agreements on how the collective should proceed. It can be a very inspirational experience to be in a dynamic, productive meeting and it’s sometimes easy to forget how easy it is to forget important discussions. For this reason, it’s very important that someone writes down all the decisions that were reached during the meeting, who has taken on specific tasks and an overview of what was discussed.

The convention we use for handling our minutes is that the person who wrote them down should get them uploaded to crabgrass as a draft within a few days of the meeting. Any questions of accuracy or style can be corrected by people who were at the meeting. When this is done, or when there have been no edits for a few days (whichever happens first) the person who wrote the minutes posts them to the mailing list.

Was it worth the bother?¶

For a community to produce its own media is one of the most potent ways for it to take control of its own future, but the conditions of our oppression are such that we are largely alienated from the means of production. We are in evolving radical media collectives, including Northern Indymedia as an imperfect political form that addresses this alienation.

If we want to take control of our own future, taking back the media is a necessary step. It takes a lot of work to run the technological infrastructure to do this, but building human networks and helping each other to produce well is no less essential. Having face-to-face meetings is an important part of this, and can be a forum to provide inspiration as well as practical solidarity to each other through radical media work. And if you want to see this being organised in a non-hierarchical, democratic way – there’s nobody better to take this on than you and there’ll never be a better time than right now. So what are you waiting for?