A design mockup for the new we.riseup.net 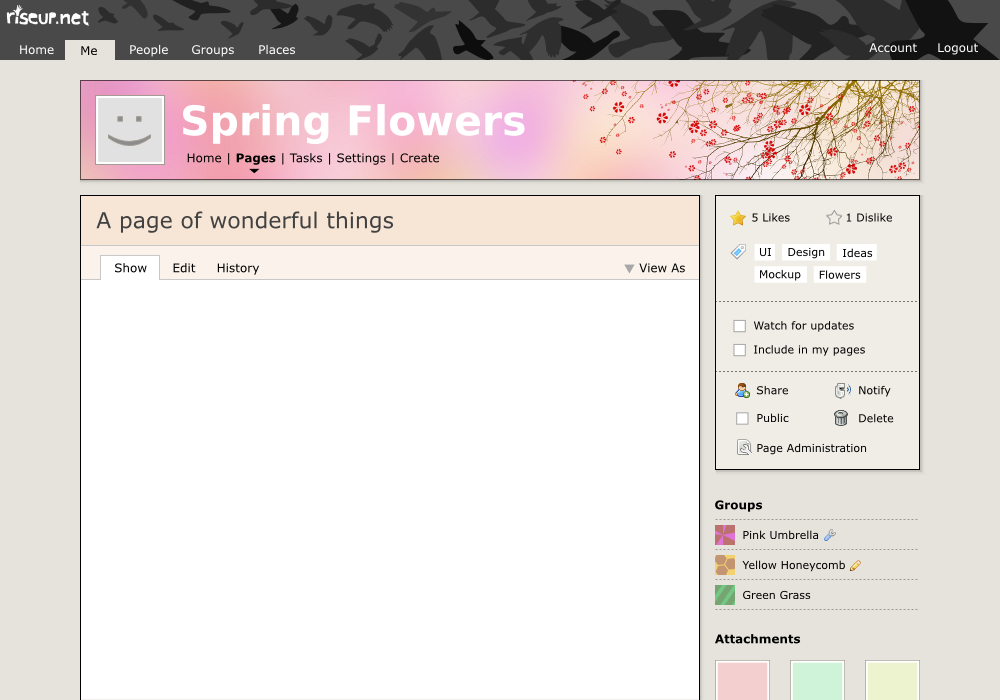 Overall, this mockup is designed with these ideas in mind: (1) make the navigation context crystal clear at all times (2) cluster and space items to provide visual variety and clarity (3) background and foreground elements to cut down on distraction. It is also important to me that there is no trapped white space, which the other designs have.

The total vertical space used in this mockup is identical to that used in the current ui redesign. However, it looks like there is more space between things, which is exactly the kind of feel that i would argue we want to achieve.