The YCT describes itself as “a non-partisan conservative youth organization.” In reality, it is a breeding ground & training ground for neo-conservatives, alt-right, and racist political formations.

In 2013, the YCT held a “Catch an Illegal Immigrant Day,” where they offered gift card rewards to people who caught people on campus wearing “illegal immigrant” labels.

In October 2016, the YCT held an “affirmative action bake sale,” to make a statement about what they saw as the flawed logic of affirmative action. They sold cookies on a sliding price scale that that was cheapest for black & indigenous peoples and most expensive for white & asian people, to demonstrate how affirmative action supposedly discriminates against white students and gives students of color an “unfair” advantage. The bake sale was met protest and confrontation, some students even going so far as to tear their signs and steal their cookies. 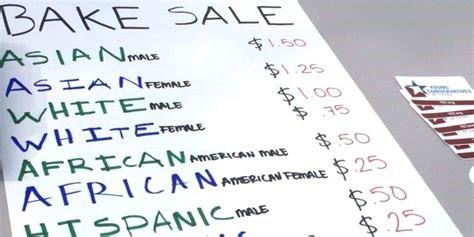 The next month, the YCT hosted Ben Shapiro—a notorious transphobic and Islamophobic right wing speaker who uses the cover of “free speech” and being “anti-Social Justice Warrior” to justify his bigotry.

In October 2017, the YCT tabled on the anniversary of Che Guevara’s execution by the CIA & Bolivian army with propaganda from Turning Point USA. This link is particularly dangerous, as Turning Point is a far-right organization with ties to the neo-fascist right and the “alt-lite,” serving as an entry point for alt-right & white supremacist recruitment. TPUSA is known for their “leftist professor watchlist,” a list targeting progressive professors & professors accused of anti-conservative bias—many of whom are professors of color of LGBTQ+. TPUSA has been trying to table on campus as well.

In May 2018, we discovered multiple connections between YCT members and outright white nationalists and neo-nazis. More in this article: https://autonomedia.blackblogs.org/2018/06/14/racist-students-at-ut/

Administration Response: In 2013, UT stated that the “Catch an illegal immigrant” game did not align with UT values but that they could not do anything because the org had “free speech” on campus. UT and Student Government had the same response after the racist bake sale. During debates over a resolution in Student Government to disband YCT (which failed), members of Student Government defended the organization and the action by claiming that even the KKK would have the right to organize on campus

if you have any dirt let us know ;)